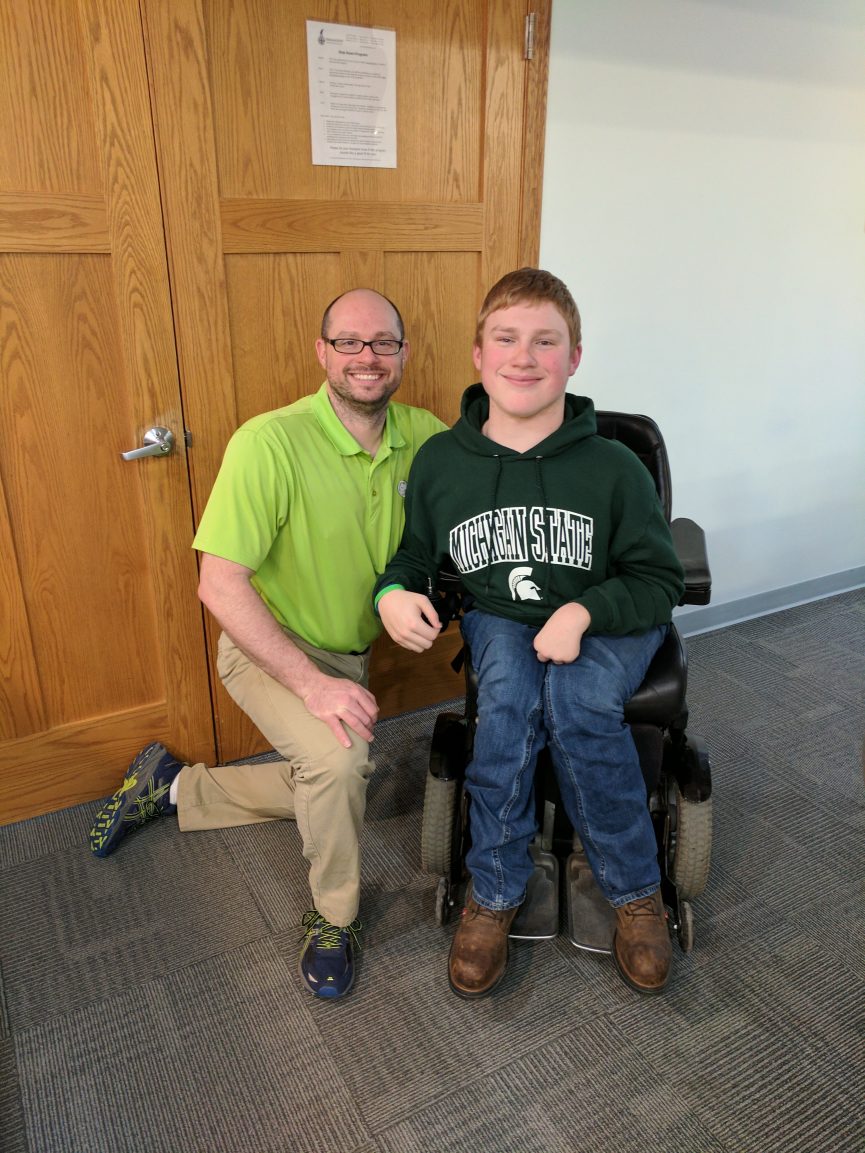 Our Bay City Patient of the Month is Bryce Laskowski.

Bryce was nominated by his therapist, Scott Garzell.

Bryce has attended therapy at Paramount Rehab due to having surgery on his left hip, spasticity and cerebral palsy. Scott nominated Bryce because he is always happy and makes those around him happy as well. Since attending therapy, Bryce has increased strength and mobility in his left hip. He also is able to do transfers better.

Bryce said that he looks forward to coming to therapy each week!

Keep up the good work Bryce!