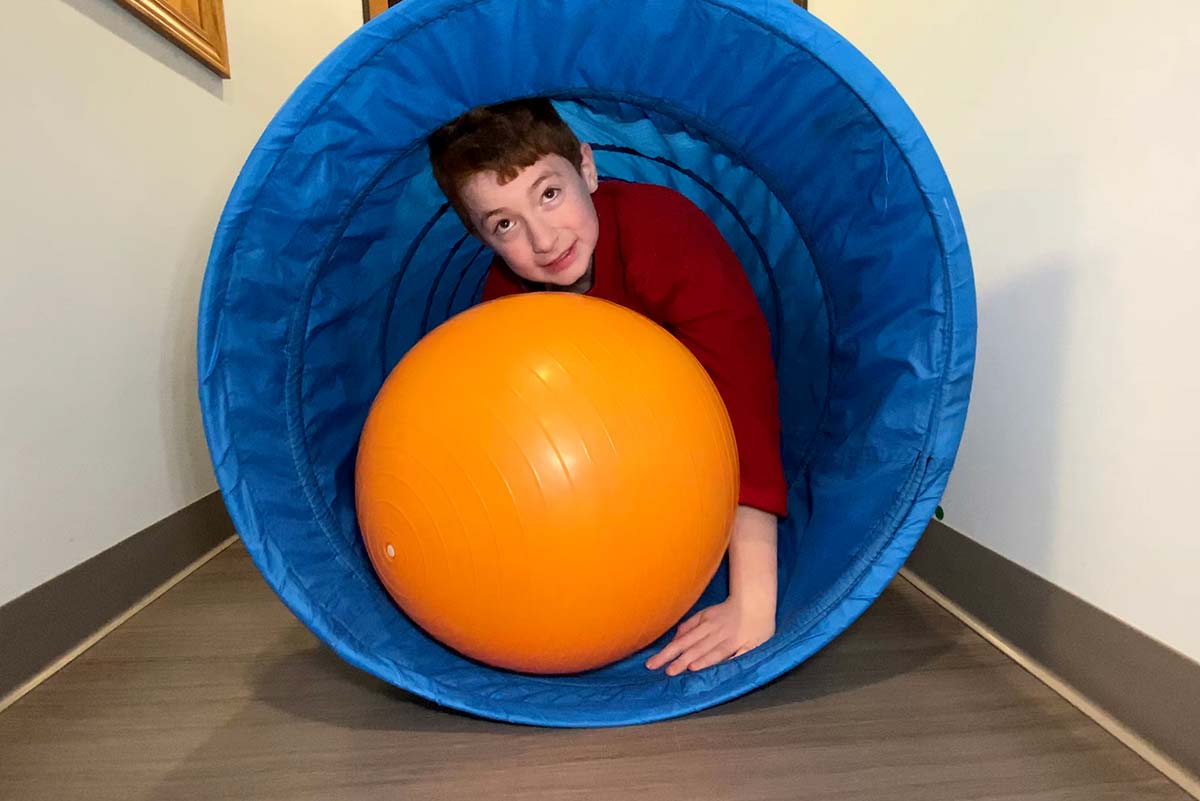 What is ABA Therapy?

How Can ABA Help Your Child?

Our newest location in Bay City was designed with children in mind. The center includes small treatment rooms for 1-1 treatment, a sensory gym with tons of room for kids to move and play, an outdoor play space, and a playroom with toys to work on pretend play skills.

Where Do We Start?

In order for insurance to cover ABA services, medical necessity must be shown through the completion of a comprehensive diagnostic evaluation. These evaluations must be completed at an Approved Autism Evaluation Centers (AAEC) or through a local Community Mental Health Agency. (See below)

STEP 3: Develop Plan of Care
After a diagnosis is made by a qualified health care professional, the child will be referred to an ABA provider, such as Paramount Pediatric & Autism Center. A Board Certified Behavior Analyst (BCBA) will conduct an initial assessment and create a treatment plan with individualized goals for the child.
STEP 4: ABA Treatment
What Does ABA Treatment Look Like?

Your child’s BCBA will write a treatment plan then supervise and measure your child’s progress through their coordinated team, which may include a Behavior Technician, Speech Therapist, Occupational Therapist, and/or Physical Therapist. All members of your child’s team will work together to create a plan of care to best meet the individual needs of your child.

Parents, family members and caregivers receive training so they can support learning and skill practice in environments outside Paramount Pediatric & Autism Center.

What is Autism or Autism Spectrum Disorder (ASD)?

According to the DSM-5, Autism is defined as:

What does this mean?

A child with Autism develops symptoms at a young age, sometimes detectable as early as 18 months. Children with Autism have limited social reciprocity, that is they do not share interests with other adults or peers. They often do not engage in joint-attention activities, and fail to initiate or even respond to social interactions. In a young child this might look like limited eye contact, not responding to when their name is called, not pointing to items, and limited vocal language. In older children, this might look like an impaired ability to have back and forth conversations, difficulty identifying emotions of self and others, struggling to understand body language, tone of voice, and other non-verbal communication.

A child with Autism will also engage in repetitive or restricted behaviors or interests. Some children show a preference for sameness, following the same routine(s) every day, and getting upset if that routine is interrupted. Some children will engage in stereotyped or repetitive movements, such as hand flapping, repeating words or sounds, lining up toys or objects, or spinning objects. Some children can hyper-focus on one topic, such as dinosaurs, with a high intensity that it dominates most of their daily activities.

ABA is the only evidence-based treatment for children with Autism that focuses on increasing appropriate social and communication skills.