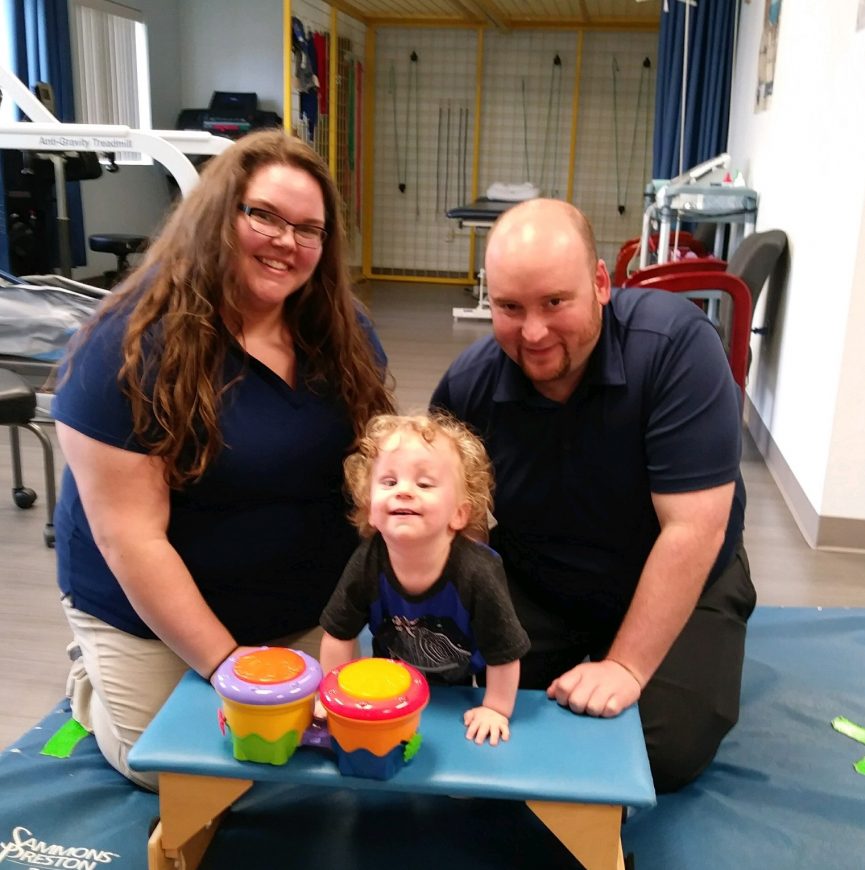 Our Saginaw Patient of the Month is Edward Barnett!

Edward was nominated by his therapists, Robert Wright, PTA and Brittany Partridge, OTRL.

Edward has attended therapy at Paramount Rehab due to missing a large portion of his corpus callosum. The corpus callosum connects the left and right hemispheres in the brain and plays a key role in problem solving and coordination.

Since attending therapy, Edward is now able to stand and crawl without difficulty and play with toys across his mid line, which is something doctors thought he would never be able to do. Edward’s mother stated, “We think Paramount has been fantastic. We are very happy that we were referred to Paramount.”

Robert nominated Edward because he continues to make progress every time he comes to Paramount as well as his parent’s commitment to bringing him every week. Brittany nominated Edward for the gains he has made in occupational therapy including reaching for toys, pulling himself up with improved upper body strength, and grasping and manipulating toys. Edward always participates in therapy with joy and a smile on his face.