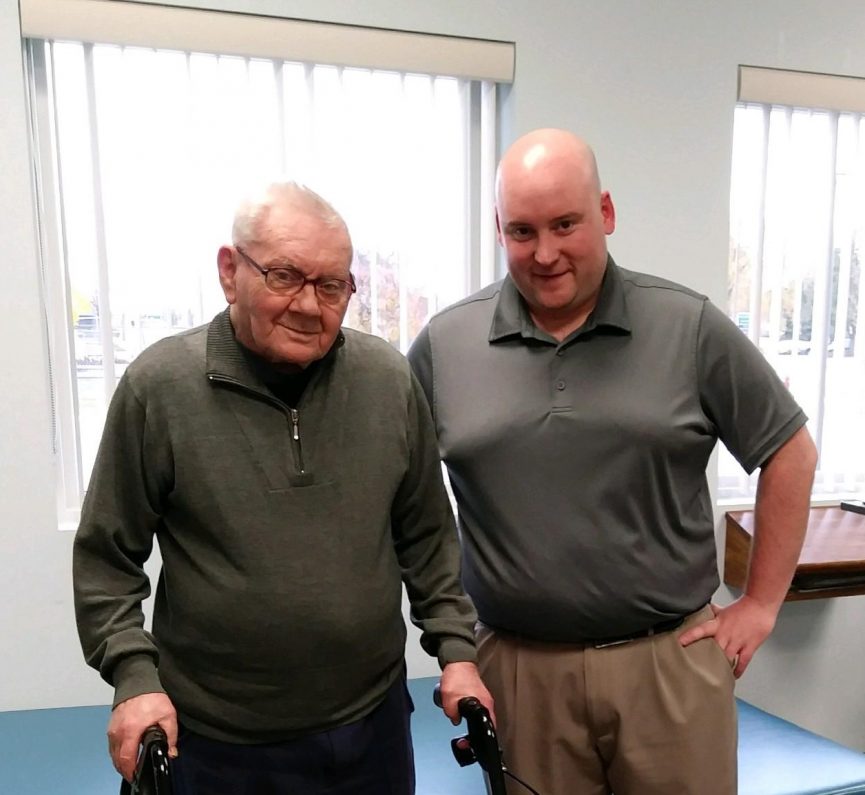 Our Saginaw Patient of the Month is Gerald Petty!

Gerald was nominated by his therapist, Robert Wright.

Gerald attended physical therapy at Paramount Rehab due to falling and having hip and low back problems.

Since attending therapy, Gerald’s sitting to standing has improved, he has more stamina and getting in and out of the car is faster and easier.

Gerald was nominated due to his commitment to performing his exercises both at therapy and at home. His therapist, Robert stated that if he could nominate Gerald’s family as well he would because of their ability to motivate him. Robert said, “Gerald is doing amazing and will continue to do so because of his dedication to his therapy”.

Gerald stated, “When I work with Bob or the other people here at Paramount we have a really good rapport. I would say it is very comfortable to come to therapy here. Bob does a real good job as well as the whole staff in the office”.