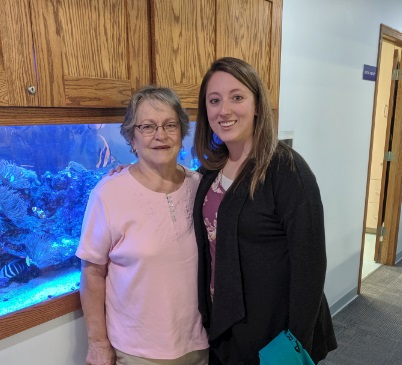 Our Bay City Patient of the Month is Wilma Anderson!

Wilma was nominated by her physical therapist assistant, Ally Bonner.

Wilma attended physical therapy for low back pain. She chose Paramount for the friendly staff.

Wilma can now walk faster, stand longer with less pain and is able to sit longer to watch her grand kid’s football and basketball games.

Wilma was nominated due to being hard working, always early, will try whatever the therapist asks of her and always has a positive attitude.

Wilma said she would “recommend us to everyone”!