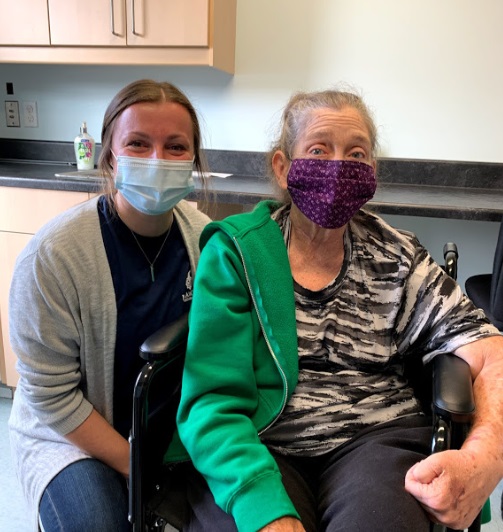 Our Bay City Patient of the Month is Terry Riley!

She was nominated by her occupational therapist, Danielle Hamilton.

Terry attended OT at Paramount because of having symptoms of a stroke. Her husband drove by and thought it would be a nice place.

She can now open her affected hand more, can put her shorts on and put on her own jacket with less help.

Terry was nominated because she comes to each session with a positive attitude, works hard and is willing to try anything.