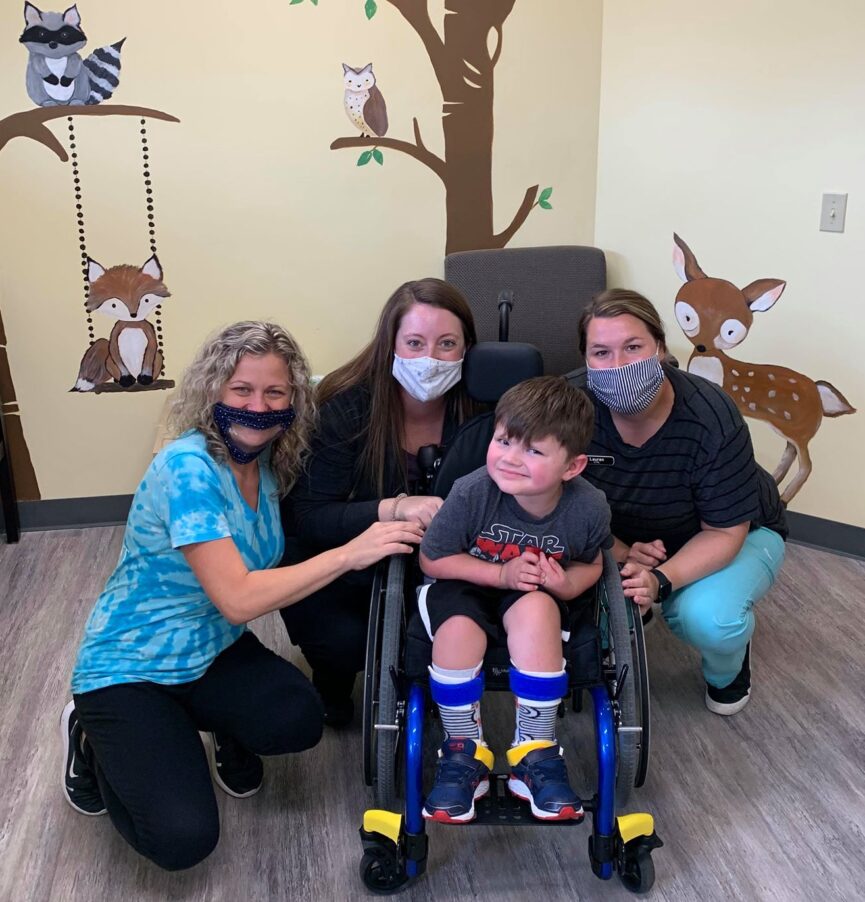 Our Children’s Therapy Patient of the Month is Finn Edmonds!

He attended physical therapy, occupational therapy and speech therapy due to having a diagnosis of cerebral palsy, resulting in developmental delays. His caregivers stated they were looking for a new facility that was closer to home and they came across Paramount.

Finn has improved his sitting balance and walking, improved with clarity of “p’s” and “m’s” and requesting to play with toys using “more”. He has also improved greatly with his self-care skills including using a spoon, zipping/unzipping and removing a pullover shirt.

Finn was nominated because he always brings a smile to our faces and is always on time for therapy appointments. He is always willing to try new things during therapy sessions as well.

Finn’s mother stated, “I absolutely love it here! Finn is thriving and has been making huge improvements since coming here for therapy”!