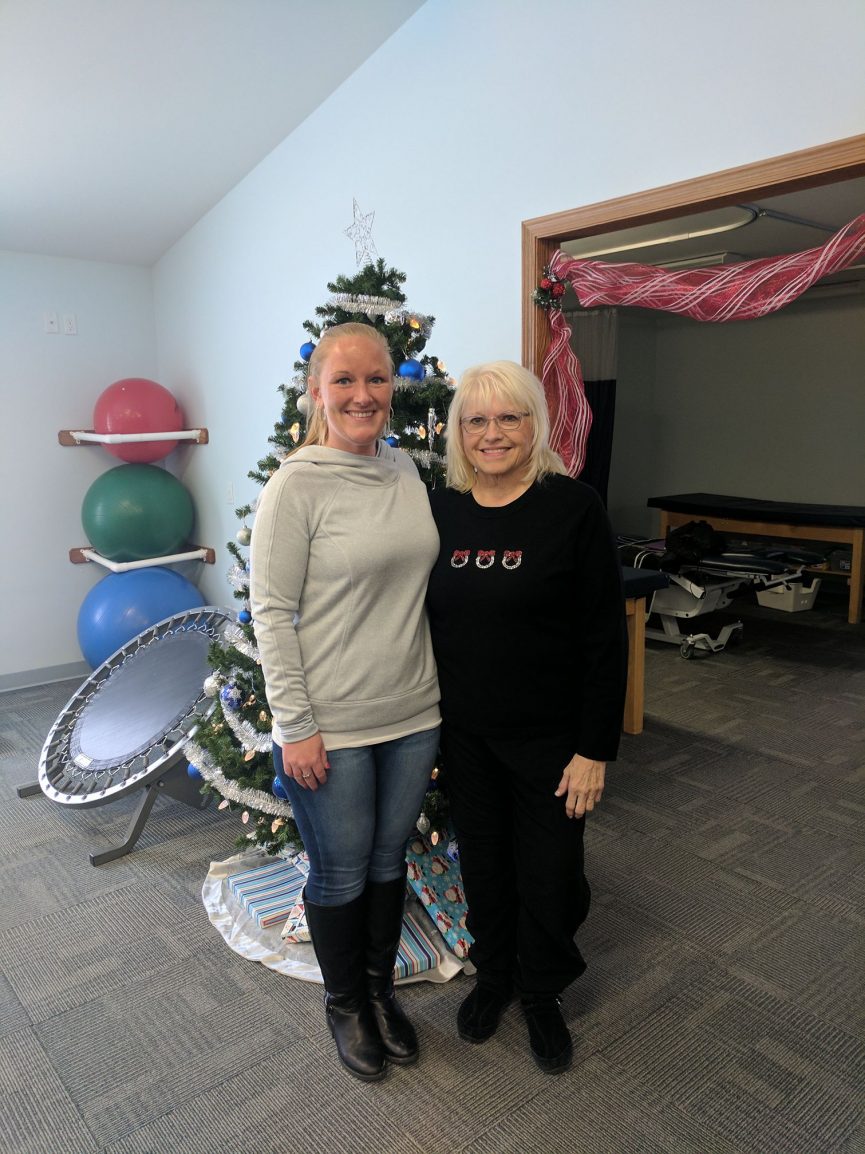 Our December Patient of the Month is Janet Steger! Janet was nominated by her PTA Amanda Wegener.

Janet has been attending physical therapy due to a right total knee replacement. Janet had to take Iburprofen and use ice daily prior to her surgery and physical therapy.

Janet reports that her and her friends enjoy going down state for shopping and prior to her surgery and PT she was unable to attend these trips. She is happy to report that she now is able to shop til she drops 🙂

Janet says therapy is the answer!

Congratulations Janet! We are glad to be part of your recovery 🙂