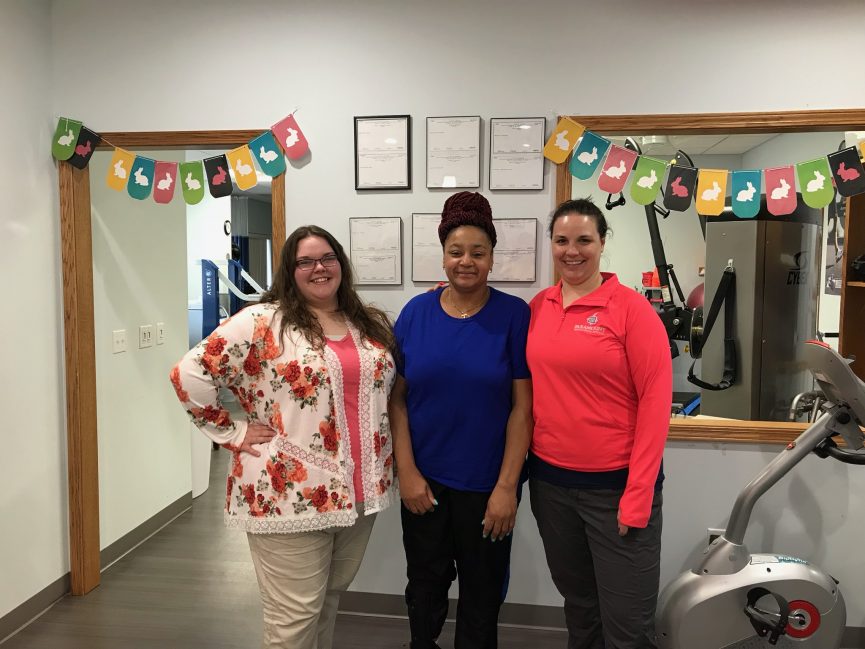 Our Saginaw Patient of the Month is Sheverna Burt!

Sheverna was nominated by her physical therapist, Nicole Judson.

Sheverna attended physical therapy due to a stroke which affected the right side of her body.

Sheverna was nominated by her PT because she showed up every day at therapy willing to work hard and has the most positive attitude. She puts in the time and effort at home and has made significant improvements in her walking. She has gained independence in so many areas. Her OT nominated her because she attended all of her scheduled occupational therapy sessions and works hard toward her goals. She has followed through with her home exercise plan and has progressed toward her goals. She asks questions and is always making sure she does her tasks and exercises correctly. She always comes in with a great attitude and brightens up the office.

Sheverna chose Paramount Rehab because she “likes having all the services in one place and was a previous patient with good results. I love the one on one attention and having all the exercises explained”.