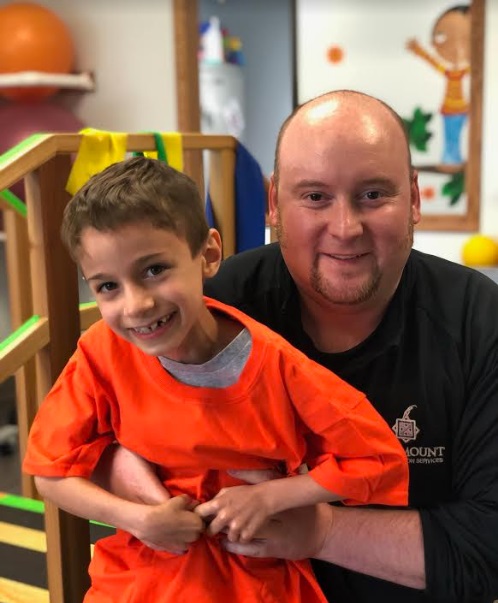 Our Saginaw Patient of the Month is Sean Slagle!

Sean was nominated by his therapist, Robert Wright, PTA.

Sean attended physical therapy due to having underdeveloped muscles.

Sean can now throw and catch a ball, has learned how to kick a ball and is able to pull a trash can to the backyard.

Sean was nominated because he is a cheerful patient that enjoys playing ball, riding the tricycle and being outside. He is always happy to see his therapist and works hard during his treatments. Sean’s mother is very supportive and brings her son every week. Sean has even started to recognize each of the therapists cars outside and wants to know where they are if their car is gone.