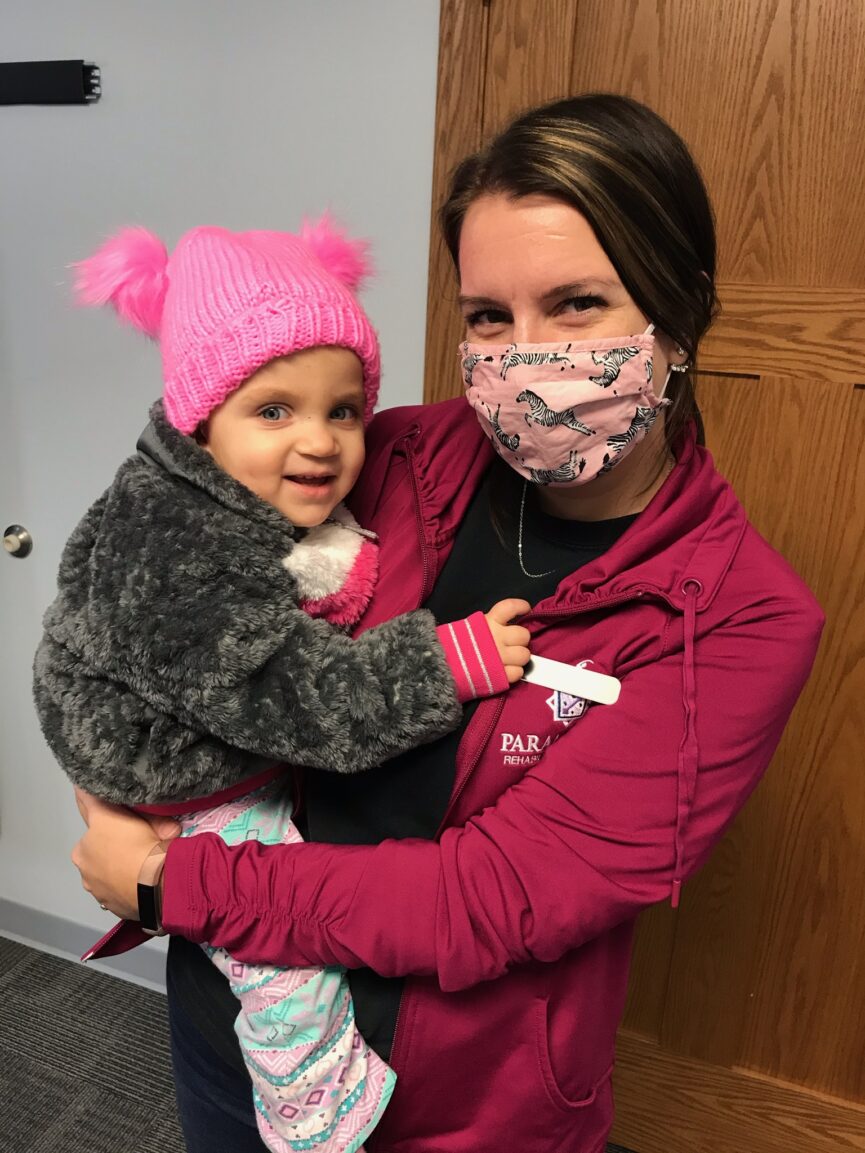 Our Bay City Patient of the Month is Amelia Hunter!

Amelia was nominated by her physical therapist, Ashley Slater.

Amelia is able to pull herself to standing, is learning to crawl quickly and just recently began walking!

Amelia was nominated because she has attended therapy since she was 4 months old and has made significant process! When she started she was unable to roll and did not tolerate tummy time. She did not initially like coming to therapy and would cry during her treatment! She now smiles and says hello during her time at therapy t everyone in the building. She is now walking without assistance and catching up in her gross motor skills.

Amelia’s caregiver stated, “Amelia loves her time at therapy and makes the best facial expressions that put a smile on anyone’s face!”